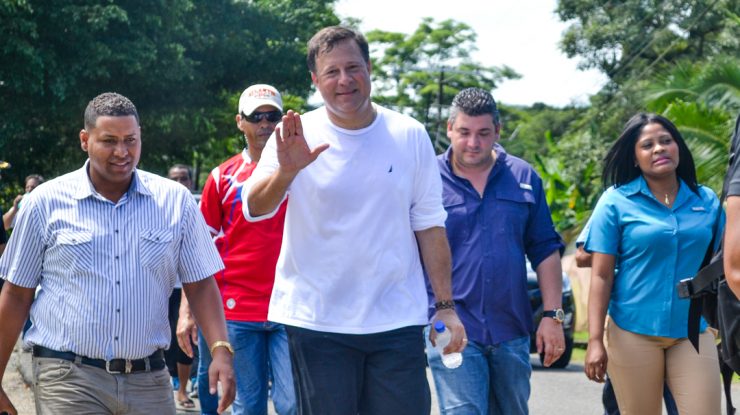 The newly elected President of Panama, Juan Carlos Varela, has been talking the talk on the subject of improving the Caribbean coast of Panama, and today we saw him walking the walk. The President took the path of countless pilgrims before him and walked the historical rout to the Caribbean town of Portobelo to participate in the annual Cristo Negro Festival held on the 21st of each October. We had the opportunity to greet President Varela twice along the 35km pilgrimage route as he steadily made his way under the hot, tropical sun on a beautifully picturesque Caribbean day, and drove past him along with his entourage a few times while traveling up and down the coast.

President Varela has previously indicated a strong interest in improving the province of Colon, the most notable of which was a trip to the city of Colon on his inaugural day. In his speech to the residents of Colon, he asked the city’s youth to give up the gang violence and crime that has contributed to the negative image of the city, promised to contribute finances to city improvements and increase employment opportunities, develop the touristic appeal by renovating the architectural appeal of the colonial-era neighborhoods and hold the Colon Free Trade Zone more responsible for contributing to the development of the city.

With his inaugural speech appealing to the local communities of Colon, President Varela also promised that he would not forget the Caribbean coastal communities of Panama and today he returned to sweat it out with his fellow Panamanians who make this annual pilgrimage with dedication and passion every year. The journey is a challenge to anyone who undertakes it and while years past have seen police presence and medical services along the route, this year’s route was particularly well stocked with emergency support services represented by the National Civil Protection System (Sinaproc), the National Aero-Naval Service (SENAN) and countless officers from the National Police, Transit Authority (ATT) and other services. No matter how well protected and prepared-for the President may have been, he pushed through what is clearly a difficult journey and we know that he will be feeling it in the days to come! 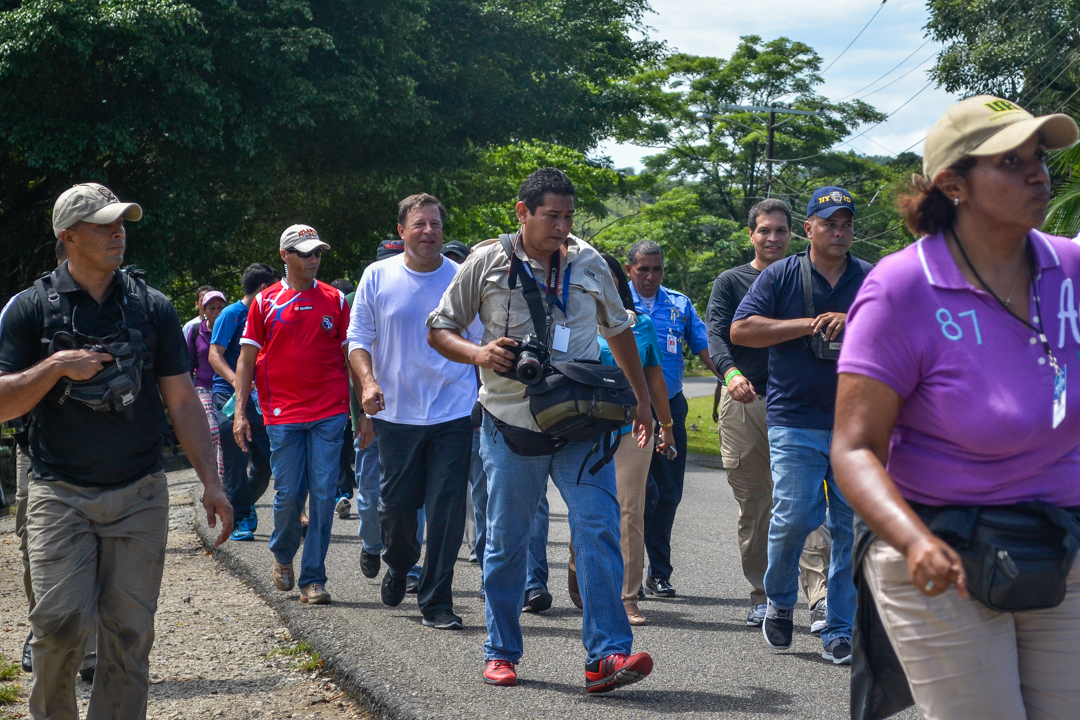 We can only hope that as President Varela spent the 7-8 hours that it takes to complete the pilgrimage along this beautiful coast, he had plenty of time to take in and reflect on the natural and historical treasures that this region offers, as well as the potential that exists to both conserve and develop this area as a real asset to the nation of Panama. It has been a long time since a Panamanian President took this journey and even longer since Panama took care of its the Caribbean coast. If President Varela is to truly set himself apart from his predecessors as he claims to be doing, developing the Caribbean regions of Panama and building Colon up to once again be the beautiful city it was decades ago may be one of the greatest national legacies that he can leave behind when he passes the torch on to the next leader of Panama.

Author at Google+
Joshua Haarbrink is a traveler, adventurer and global citizen with backgrounds and a wide variety of interests including (in random order) writing, sociology, anthropology, geopolitics, tourism, business development, theology, investigation, defense, holistic living, conservation and much more.

Panama’s Costa Arriba shoreline is one of the most

Where to Eat on the Costa Arriba

My absolute favorite part of travel is always FOOD